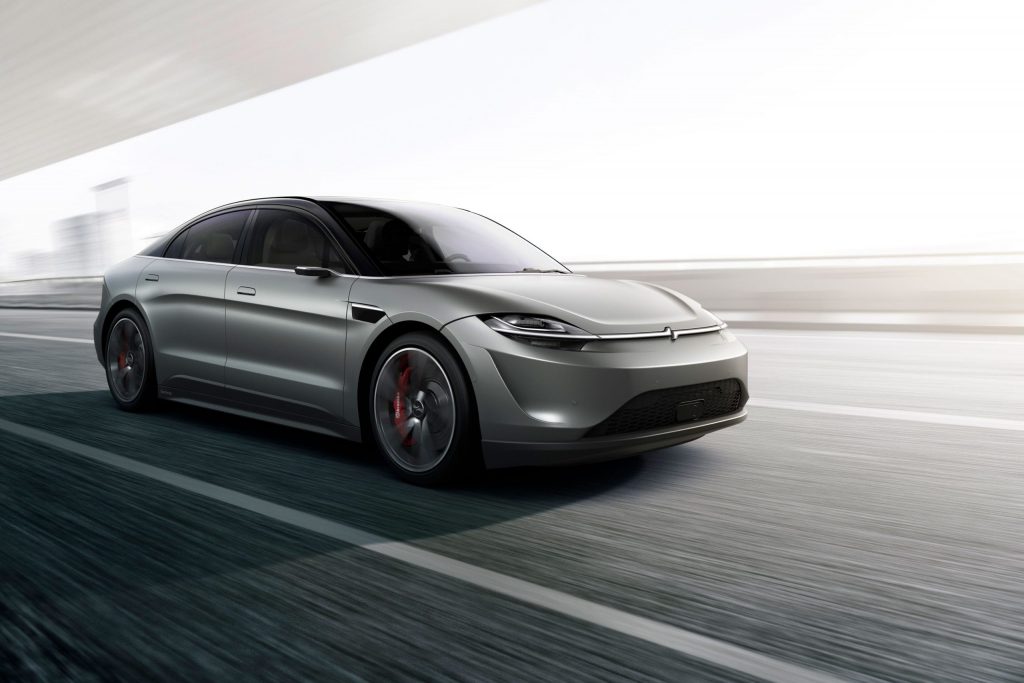 Now back to the sensors….this is what it features:

As you can see from this image the screen is huge and the side mirrors are electronic: What  found odd is that whiel Sony claims this is just a show off car they actually shared some “real” car specs too:

Sony’s efforts in the area of mobility – such as pursuing safety, reliability, comfort and entertainment – are being positioned as a new initiative, named “VISION-S.” The first prototype vehicle to result from “VISION-S” will be showcased at the Sony booth. This prototype incorporates Sony’s imaging and sensing technologies, as well as on-board software regulated using Sony’s AI, telecommunication and cloud technologies, in order to continuously update and evolve its features.
A total of 33 sensors including CMOS image sensors and ToF sensors are embedded within the vehicle, in order to detect and recognize people and objects inside and outside the car, and provide highly advanced driving support. Sony’s “360 Reality Audio” provides a deep and immersive audio experience through speakers built into each seat to encapsulate passengers in sound. The front seats face a panoramic screen on which rich and diverse content can be enjoyed through an intuitive user interface. Sony will continue to combine its advanced technologies to deliver greater safety and reliability, while also striving to inspire new emotion through revolutionary in-car entertainment experiences.